Volcanoes are one of nature’s most destructive forces, able to destroy within seconds. There are currently over 1,400 volcanoes dotted around the world, many of which lay dormant in their environments – but not all of them.

Recent eruptions include Mount Agung in Bali which blew smoke and ash 30,000 feet into the sky, causing flight cancellations, tourism rates drop and locals flee their villages. Fuego in Guatemala was the latest to erupt, in the most violent eruption in the central American country in decades.

Can we predict where the next eruption is going to be? Using data from The Global Volcanism Program Database we have created a map to show where in the world is most at risk of a volcanic eruption. Take a look here.

The countries that are at most risk of having an eruption are:

Around 90% of the volcanoes in the world sit on the Ring of Fire . This Ring of Fire is divided into a collection of trenches which surround the pacific ocean in a horseshoe shape. Guatemala’s Fuego volcano and Hawaii’s Kilauea volcano, which both erupted earlier this year, are part of the Pacific Ring of Fire, an area of intense seismic and volcanic activity. The 40,000 kilometre area stretches from the boundary of the Pacific Plate and the smaller plates such as the Philippine Sea plate to the Cocos and Nazca Plates that line the edge of the Pacific Ocean.

The consequences of eruptions can be catastrophic and change the lives of people forever – not to mention change the planet. The aftermath of a volcanic eruption can linger for days, if not even weeks. Where in the world is most at risk of the next volcanic explosion? Find out out here. 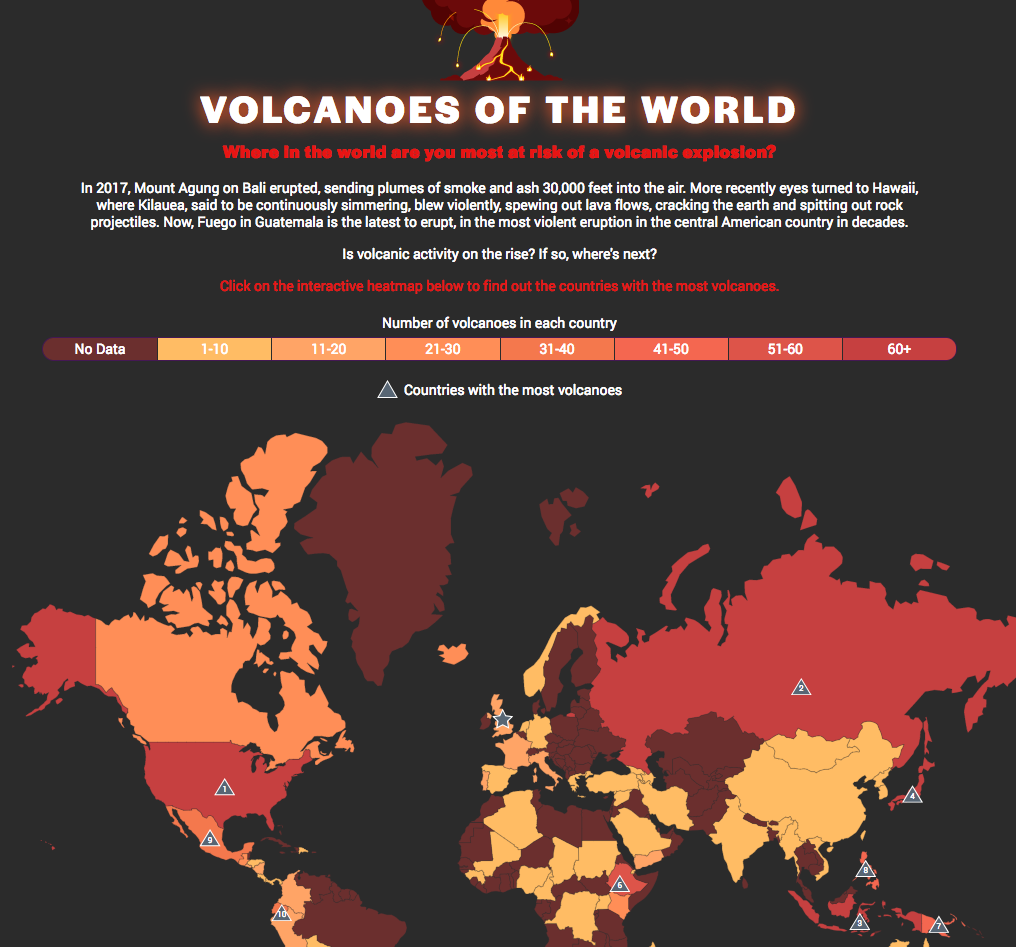