Until recently, global CO2 emissions from fossil fuels had levelled off, but estimates from the Global Carbon Project (GCP) suggest that this is all going to change, with global emissions set to grow by around 2%. In a new report, researchers from the University of East Anglia and the Global Carbon Project (GCP) say CO2 emissions are projected to rise by 2% to reach 41 billion tonnes by the end of 2017. The increase is largely down to growth in coal-fired electricity generation, and oil and gas consumption in China.

Those emissions had increased by only a quarter of a percent from 2014 to 2016.

However looking at a country’s total carbon emissions alone, doesn’t always tell the full story of the country’s contribution to global warming.

China, for example, is the world “leader” in total emissions since it overtook the US  in 2007. But all that really tells you is that China is a fast-developing country with a lot of people. Therefore a more useful measurement is carbon emissions per capita (person). Under that measurement, the average American is responsible for 16.1 tonnes per person, and the average Chinese citizen clocks in at 7.7 tonnes.

In the UK, the government has announced tough new pollution taxes, and a commitment to ban the sale of all new diesel and petrol cars within the next 25 years in a bid to tackle harmful emissions. This will likely see the carbon emissions of 6.2 tonnes per capita drop considerably lower in this space of time.

Countries in the Middle East are among the world’s largest carbon dioxide emitters. The worst offender is Qatar. The country emits 39.7 tonnes of carbon emissions per capita. The Middle Eastern country is followed by Kuwait and UAE, while Australia and Turkmenistan complete the top five. 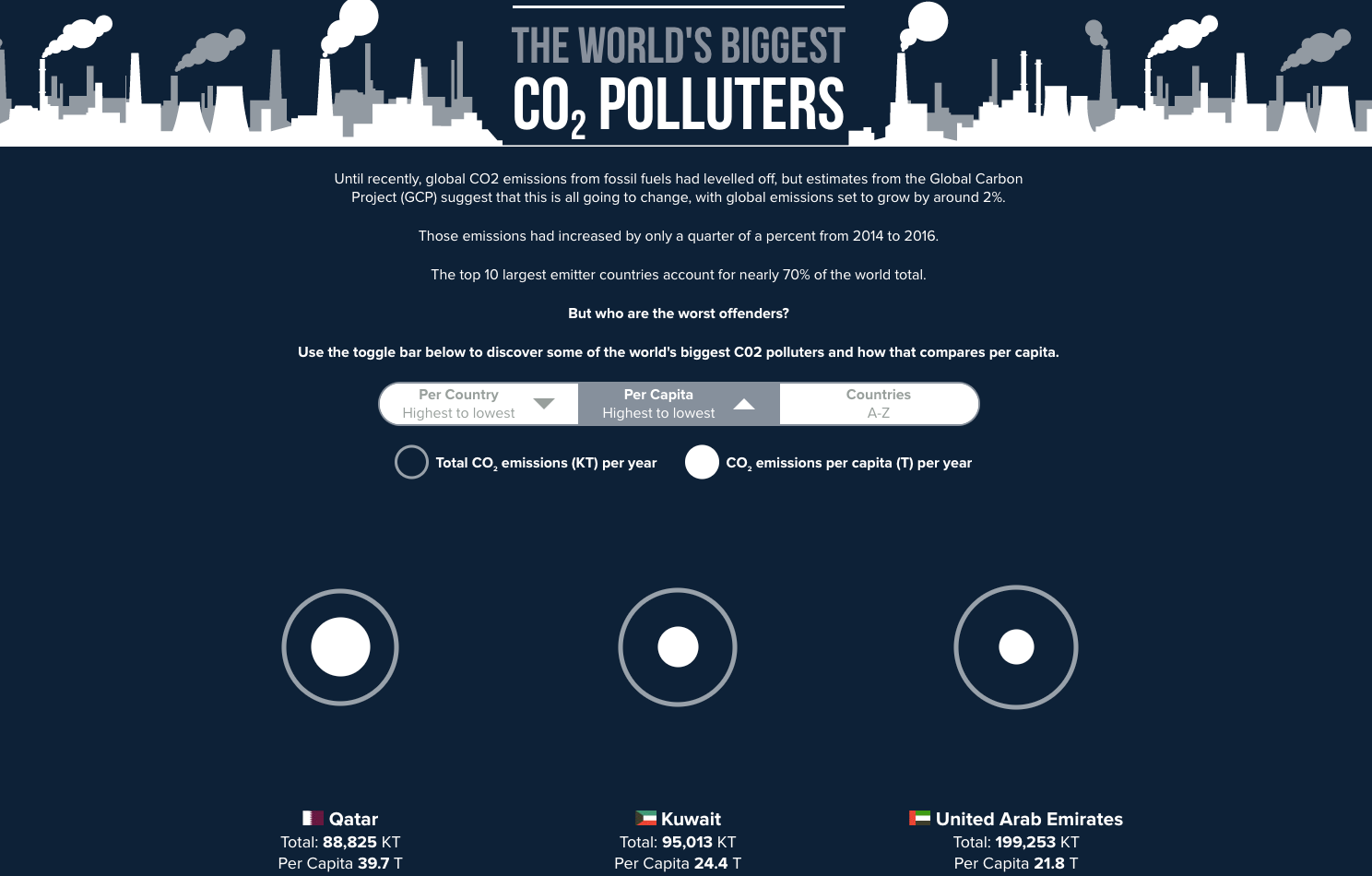 The top 10 countries who emit most carbon emissions per capita are:

If greenhouse gas emissions are eliminated quickly enough, within a small number of decades, it will keep the warming manageable. It will slow the change – and allow us to adapt. Is your country doing enough to reduce the amount of C02 emissions it releases into the atmosphere? Take a look below to see how some of the world’s biggest C02 polluters rank against others. View the full interactive graphic here.